The company is to lease offices, with a total gross floor area of approximately 6.210 sqm. in the iconic Piraeus Tower - the city’s first state-of-the-art sustainable skyscraper. 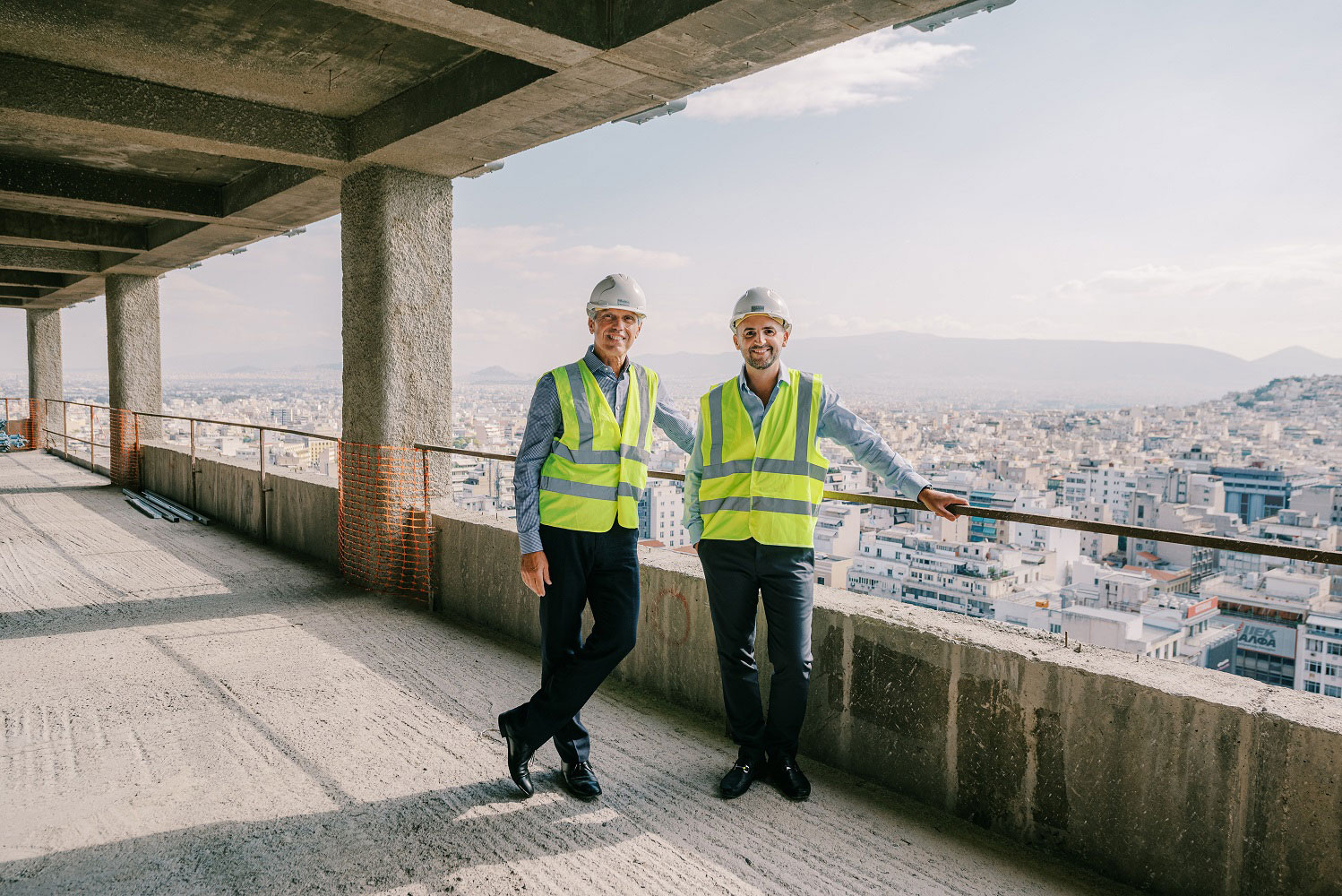 Dialectica, one of the fastest growing companies in Greece and abroad, is moving into the country’s first ‘green’ and digital high-rise building at the end of 2023. The landmark building is being developed by the consortium between DIMAND, the European Bank for Reconstruction and Development (EBRD) and Prodea Investments.

The sustainable design of the building, its strategic location at the starting point of the Athenian Riviera, less than 500 meters from the largest transport hub, and its accessibility for disabled and handicapped people, are only a few of the reasons that led Dialectica to choose the Piraeus Tower for its office relocation. The company is to lease six out of the 22 floors of the building, with a total gross floor area of approximately 6.120 sqm.

It is noted that the Piraeus Tower will be the first ‘green’ skyscraper in Greece, certified at the highest Platinum level according to the international LEED® standard. At the same time, it will be WELL®-certified for the health and wellbeing of the building’s users.

With Dialectica’s history dating back in 2015 at a small apartment in the centre of Athens, the company today has more than 800 employees in 5 international offices in Europe and the United States. In addition to that, Dialectica’s domestic team exceeds 500 employees. The company’s technology hub is also based in Athens, attracting talented young people and professionals from both Greece and abroad.

“By substantially contributing to the development and wellbeing of our people and the communities where we operate, we are particularly happy for the fact that our domestic workforce will soon be working in a space which is not only state-of-the-art, but historic too, while meeting all the requirements of sustainability. In collaboration with DIMAND, we are designing Dialectica’s future home and we are looking forward to experiencing our new neighborhood in one of the most growing areas of the city.” said George Tsarouhas, Dialectica’s co-founder and CEO.

The CEO of DIMAND and Piraeus Tower, Dimitris Andriopoulos, said: “The Piraeus Tower is not simply another project for us, but proof that when there is a will, a plan and professionalism, companies can indeed achieve the impossible. It is great to see this “sleeping giant” waking up after so many years and becoming a symbol of rebirth and a landmark of development. The Piraeus Tower is a work of inspiration for both society and the whole region. We are delighted that its first tenants will be the people of a Greek company with a global footprint and we are confident that their living in Greece’s first green skyscraper will take them even higher up.”

The CEO of Prodea Investments, Aristotelis Karytinos, added: “Dialectica’s presence in the Piraeus Tower is yet another step towards the creation of a dynamic business ecosystem in the heart of the country’s largest port. This is an innovative company with an international character, which fits perfectly into the philosophy of the Tower. PRODEA has invested in the implementation of this major redevelopment project that is important not only for Piraeus, but for the entire coastal front of Athens, thus creating the first bioclimatic skyscraper in Greece. It is part of a broader strategy that uses sustainability as a catalyst for development.”

With a vision to optimize the business decision-making process globally, Dialectica provides institutional investors, advisory firms and large corporations with access to real-time information so as to evaluate multi-million-dollar investment deals. Today, Dialectica employs +800 people in its offices in Athens, London, Montreal, Vancouver and New York. In 2022, the company was included in the Financial Times® list of ‘Europe’s fastest growing companies’ after first appearing on the list in 2021. In the same year, Dialectica was awarded by Great Place to Work® as one of Europe’s best work environments for the second consecutive year, and since 2020, Dialectica has been consistently on the annual list of Greece’s Best WorkplacesTM. 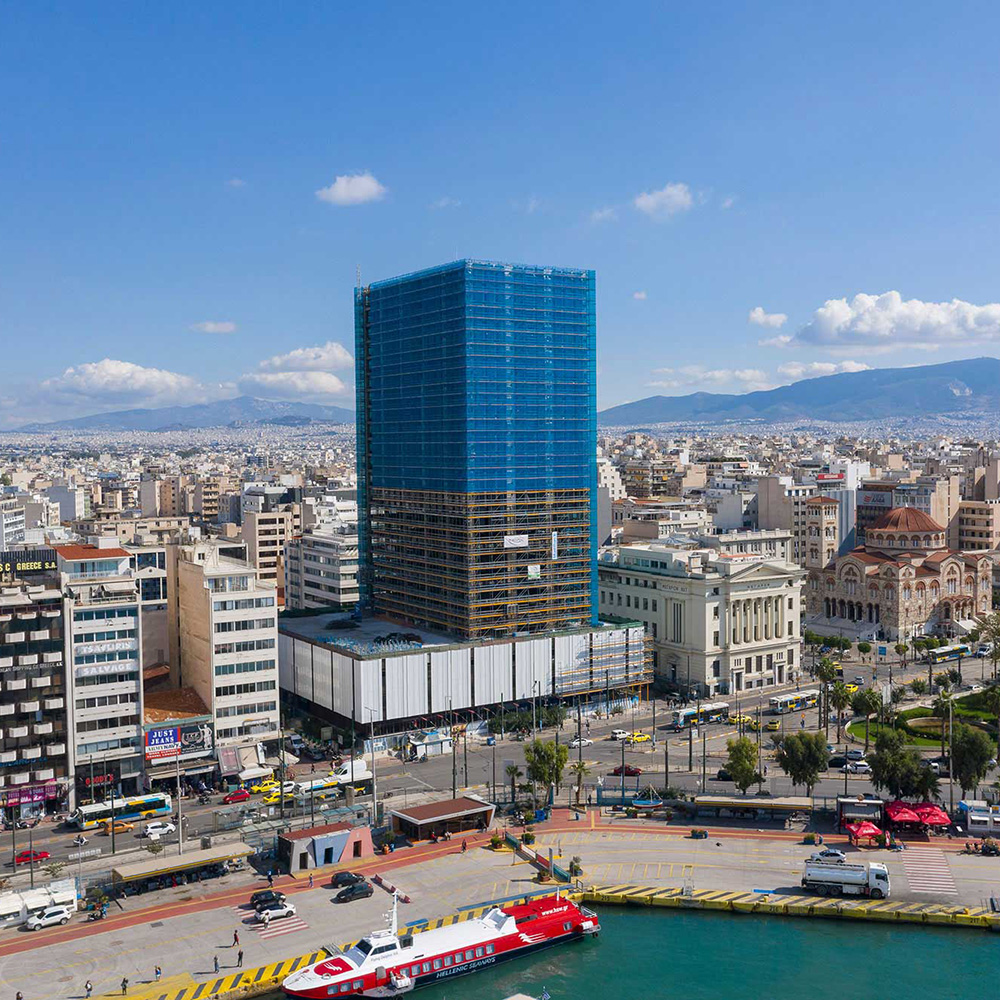